On January, I wrote a post with a comparation of different ways to build a cluster to play at home.

The conclusion was not clear, but Pine64 was the winner.

This summer, when I was on holidays, I realized the amount of old hardware that I have stored in the basement. So I decided to add this software to my homemade cluster.

The adventage of this old hardware respect to the Pine64 one is: 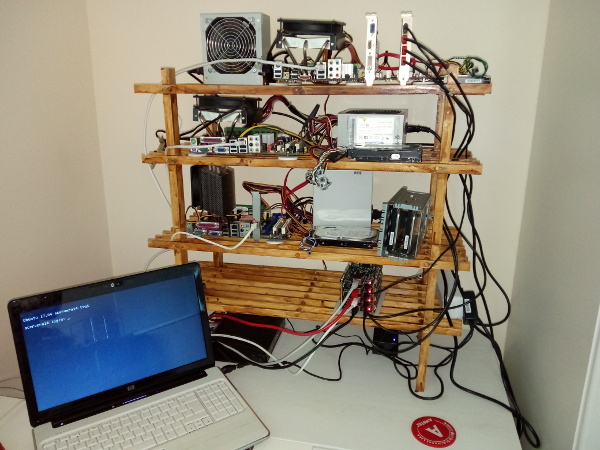 Also, I found an old PCI USB 2.0 HUB. It is not good for data transfer, but what about power supply?

So I added this card to one of the server and I can use it as a power supplier for the Pine64 cluster.

I needed to buy few things:

It was not necessary, but I also bought:

In the process, few of the components failed or was not used:

Few point to keep in mind the next time that I will do it (maybe in 10 years):

Your browser is out-of-date!

Update your browser to view this website correctly. Update my browser now